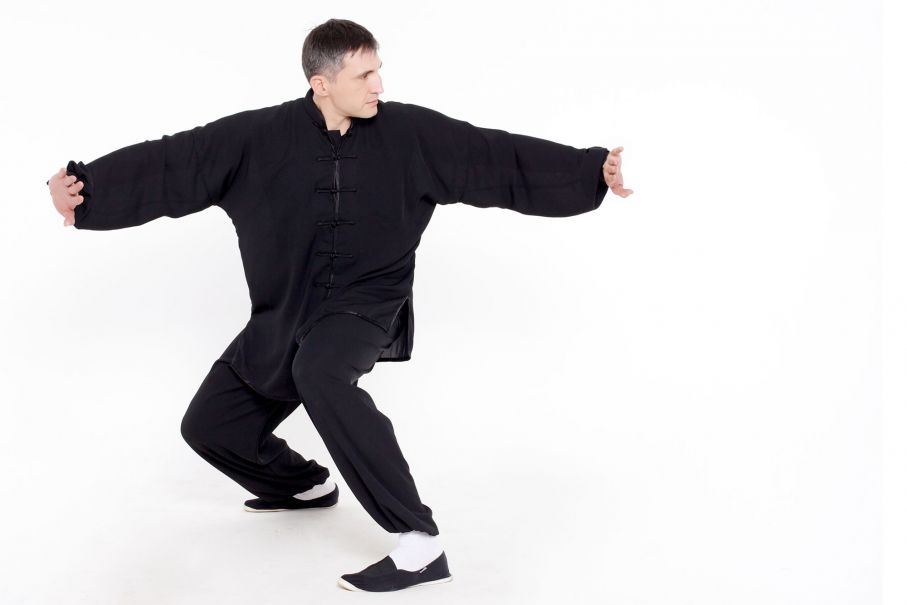 Qi gong as a part of chinese martial arts

Practicing the qi gong you will learn how to breathe in a correct way, and health depends on breath even more than it does on food. To understand what's qigong you have to first learn a few basic things about breathing. So, there are 3 types of breathing:

Apart from that, midriff, participating in the breathing process, massages the internals. The heart bag is attached to midriff at its top. With its bottom midriff affects liver, kidneys and adrenal glands, pancreas and spleen. The correct work of midriff is important for blood circulation and nutrition, disfunction of midriff leads to relocating of abdomen internals higher to the chest.

If you have little kids you may have noticed that they breathe with their abdomen – this type of breathing is the most natural, it requires minimal effort and yields optimal oxygen exchange.

By practicing qi gong complexes you first of all will learn how to breathe properly and how to use all three types of breathing. This in turn will allow you to develop your lungs. Which will affect the way you live.

Thanks to the development of basic breathing skills qi gong is one of the important elements of chinese martial arts training. Because breathing is a basis of stamina. Apart from that qi gong complexes, simple as they may be, are great for developing the coordination. Besides, it is well-known that coordination is a great stimuli for the brain work.

Thanks to the controlled static and dynamic load qi gong allows to effectively gain physical strength. That's why a lot of physicians advice their patients rehabilitating after surgery to begin with qi gong.

Apart from general complexes there are some specific ones in qi gong. Including some for the development of physical strength and stamina. One of the most famous complexes for strength is i-jin-jin - “transformation for muscles and tendons”. Its regular practice is great for physical growth.

By practicing the qi gong you train attention and the ability to concentrate. One of the main conditions while doing the qi gong exercises is to constantly control your breath and movements – you have to “lead your movement”. If you have problems with concentration, with the help from qi gong you have a way to change that. Qi gong training will pick you up from the everyday routine

Doing the exercises makes ground for another unquestionable benefit of qi gong: during the training you forget about your common affairs, albeit for a short time. Constant attention to the exercise doesn't allow you yo think about everyday stuff, which helps you to relax and forget about your problems. In the end you gain a colossal psychological relief. Which in turn will raise your efficiency.

As if it wasn't much, this acquired skill may help you in life – by learning to abstract yourself in a stressful situation you can make right decisions.

Qi gong will allow you to control your emotions and to become more even-tempered We don't want to make you think that qi gong is a panacea for all problems. But we are certain that qi gong is one of the oldest and the best systems that can make your life better. Besides, qi gong doesn't require too much effort and a lot of time.

What age is best for qi gong?

You can practice qi gong at any age and at any physical condition. First your aim will be to meet a few ground principles of qi gong. The more you practice qi gong, the more improves the quality of the exercises you do, the more is your benefit. There are no limits in qi gong, that's why, practicing it, even a well physically build person can achieve a new level.

The basic principle of qi gong is to make your movements in agreement with the breath. In complexes this principle is manifested in a series of certain exercises of different difficulty level that are repeated in a given sequence a certain number of times, at the same time you try to concentrate your attention on the movement.
More in this category: « Tai chi quan Kids Kung-fu »

Try it for free!

Stop reading - come to us!

We offer you a week of free classes. You can visit any of the groups during a week. We will be happy to see you and to answer all your questions and would be glad if you choose to start training with us.

We promise: You will not be bored!